Women Freedom Fighters: Our motherland, India, is a land of world culture and culture. We, who enjoy the peace and prosperity of independent India to the fullest, cannot even imagine the state of India in the flames of foreign domination. When the greed and cruelty of the white man, who had conquered the prosperous peoples of India using cunning, intimidation, and brutal attacks, crossed the line, it ignited a fire of protest in the minds of every proud Indian.

India was impoverished when the emperors of the sunless empire made the development of their country a reality by utilizing both the human resources and wealth of India.

There are some names that we have forgotten, but should not forget, as we delve into the memories of a time when the days and nights of India were languishing in the chains of tradition. Some selfless people have burned their lives in the coals of freedom that fill the inside. Many of them were female births that went unnoticed.

Those who fought with the men in the freedom struggle. The brave women who sacrificed their lives for the country of their birth, confessing in every breath that tradition is more terrible to man than death, without confining their identities to the small world of husband, children, and family.

Those images of goodness that are willing to sacrifice even their lives for the dawn of the freedom they deserve, considering every person born into the country as their children, still lurk in the shadows of history. When Jaihind was recited in the ears of the people all over the country with his hands raised to the sky, the people brought Kolmayir, realizing that the deeds of strength were being performed in their hands.

The British realized that the heart could not go out of patriotism to ignite the fire of freedom of those women who had forgotten everything and joined the struggle. The Indians were thrilled to hear the roar of the Lions, who were eager to defeat the British army that was destroying India due to their inner strength.

Many women who bravely advanced in the coal mines of the freedom struggle are proving to be strong firebrands of patriotism. How many are recorded and not recorded in the pages of history! Queen Jhansi, the heroine who fought bravely against the British to seize her country in the name of the anti-adoption policy and was hailed as the most dangerous of the Indian leaders, took part in the revolt of 1857 against the British East India Company and the British occupation of Lucknow.

Kamala Nehru, Aruna Asaf Ali, who participated in the Salt Satyagraha and was imprisoned. From Durgabhai Deshmukh, who followed in Gandhiji’s footsteps and became a feminist activist in the Satyagrahas, there are many representatives of Indian femininity who have become indelibly imprinted in the history of even the rockiest of times.

But how many people have disappeared into the darkness of oblivion without even remembering their name! How many holy births, who despised their own family and life and made sacrifices for the freedom of their homeland! The truth is that even on Independence Day we do not remember that the freedom we enjoy is the result of their patriotism and courage.

Even in Kerala, which attracted foreigners to India with its abundance of spices, there are women gems who bravely jumped into the freedom struggle. AV Kuttimalu Amma, Kunjikavu Amma, Eeswari Ammal, Akkamma Cherian, and Anne Muskreen have been at the forefront of the struggles of history.

Kuttimalu Amma, one of the women who became a headache for the whites, AV Kuttimalu Amma is notable among the Kerala women freedom fighters. She was born on April 23, 1905, in the famous Anakkara North family in Ponnani Taluk, South Malabar. The mother of a child who lost her mother at the age of eight also had a brother and a sister.

The Anakkara North family has traditionally been loyal to the British. His father was a British government official. Yet at a young age, Kuttimalu’s mother was drawn to the freedom struggle. He met his cousin Madhava Menon while he was studying at his father’s elder brother Shankunni Menon’s house in Kozhikode.

When the acquaintance fell in love, Kuttimalu’s mother married Madhava Menon on May 11, 1925. Kuttimalu’s mother says. Until that day, I did not wear anything other than Qadr clothes. The truth is that I drew Madhavettan and the Congress in the same tent. It was from him that they gained a deeper understanding of the Congress and the freedom struggle and were drawn to the national movement.

Along with her husband K Madhav Menon, a well-known lawyer and KPCC president who later became a minister in the state of Madras, she joined the Congress in the fight against foreigners. She has been an active member of Congress since 1930.

They challenged foreign domination by organizing women and raising flags against foreigners and calling on the people of Kerala to boycott foreign clothing. In 1931, they organized women and picketed a foreign clothing store in Kozhikode.

AV Kuttimalu, who was jailed for two years with her two-month-old child for her involvement in the non-cooperation movement and the Quit India movement, must have been shocked by the slogan “Bharat Mata Ki Jai” on her mother’s lips instead of the tarat song.

The sensible sense of pride in Kerala femininity must have been disturbed to see how much it longed for the good of the country. It must be assumed that the child who bravely defeated the prison authorities’ attempt to keep the child away from him, did so at the behest of his mother.

After being elected to the Madras Assembly in 1936, she continued her life of struggle and was again imprisoned for another year in 1940. During the Quit India Movement, Kuttimalu’s mother was imprisoned for two more years by the British for fear of her being released from prison. He took over the organization of the Congress in Malabar in 1944 and served as the President of the KPCC.

Kuttimalu Amma, who gained self-knowledge, was able to preach in Malayalam, Tamil, and English. When Kamaraj, a freedom fighter, visited Malabar, his speeches in Tamil were translated into Malayalam by Kuttimalu Amma. Until the curtain fell on her busy life on April 14, 1985, time must have quietly paid homage to the strength of that woman who devoted her entire career to the service of the country.

Akkamma Cherian, popularly known as the Jhansirani of Travancore, is a woman who is revered by Kerala just as Indian history respects the Queen of Jhansi. Akkamma Cherian was born on February 14, 1909, in Kanjirapally to a Christian family.

A graduate of Kanjirapally Government Girls’ High School and St. Joseph’s High School, Changanassery, Akkamma graduated from St. Teresa’s College with a degree in History. Her father died a year after she graduated. After that, she became a teacher and later a headmistress at St. Mary’s English Medium School, Kanjirapally. In the meanwhile, he obtained an LT degree from Thiruvananthapuram Training College.

Akkamma Cherian’s transition from a teacher to a freedom fighter was strongly influenced by the current socio-political situation. When the Travancore State Congress was formed in February 1938, Akkamma Cherian left the teaching profession and joined the freedom struggle.

When the Travancore State Congress agitated for responsible governance, Sir CP Ramaswamy Iyer, the then Diwan, banned the State Congress and the Youth League on August 26, 1938, to suppress it. Akkama Cherian was appointed as the organization’s 12th president when the Diwan confronted it by arresting state Congress leaders who had reacted against it with the Non-Cooperation Movement.

The procession was stopped at the gate by the police. Jathan members were stabbed on the road. At seven o’clock the commander, Colonel Watkis, arrived with a cavalry force. The horses galloped out of the procession, which was sitting and lying on the road.

“I am their leader. They came here under my leadership. Shoot at me before you shoot any of these people with your gun. ” – Those bold words repulsed even the police officers at gunpoint. Commander-in-Chief Vatkis and the Commissioner of Police convinced the Maharaja that they were incapable of maintaining law and order.

On hearing this, Mahatma Gandhi responded by praising him as “Jhansi Rani of Travancore”. Authorities tried to quell the protests by arresting and imprisoning Akkamma Cherian and her sister Rosamma Punnus, who had been involved in the formation and violation of the National Service Committee. They were subjected to severe humiliation and intimidation in prison.

Prison authorities did not hesitate to insult the sisters, even with other inmates. Yet no one has been able to diminish Akkamma Cherian’s strong patriotism, militancy, and desire for independence. After being released from prison for a year, Akamma Cherian became a full-time member of the State Congress. In 1942 she became its Acting President.

Akkammacherian, a member of the Travancore Legislative Assembly after independence, married freedom fighter, and MLA VV Varkey in 1952. Gradually moving away from the Congress, they contested the Meenachil Parliamentary seat in 1952 with the support of the Left but lost. In 1972, the Central Government honored the freedom fighters with a bronze medal. She has also served as a member of the Advisory Board on the Pension for Freedom Fighters.

Although she passed away on May 5, 1982, she is still a shining figure in the history of Kerala.

Also Read: Best 11 Temples in Jabalpur You Must Visit in 2022

Annie Mascarene is a woman who, like Akkama Cherian, has a place in the history of the freedom struggle. Born into a Latin Catholic family in Thiruvananthapuram, Anne Muskreen became one of the first women members of the Travancore State Congress and the first woman on its working committee. She was imprisoned several times for her participation in the freedom struggle and political activities.

After independence, Anne Muskreen, a member of the Travancore-Kochi Legislative Assembly, served as Minister-in-Charge of the Department of Health and Energy. In 1951, she contested as an independent candidate for the first Lok Sabha from the Thiruvananthapuram Lok Sabha constituency and became the first woman MP from Kerala.

In 2013, Vice President Hamid Ansari unveiled a bronze statue of Anne Muskreen in Thiruvananthapuram in honor of Kerala’s memory of Annie Muskreen, who died in 1963.

Only those who were able to rise to the leadership of the freedom struggle are mentioned here. Today, many women who proudly stood in front of the British gun are now forgotten. We, the descendants of a free India, today conveniently forget that this freedom, which is being abused in the name of religion, caste, and selfish interests, is the sweet fruit of their bravery, tears, suffering, and sacrifice.

We trample on the good of our country by trampling on the remnants of their own lives that they devoted to national service. The human resources required for the development of the country are being wasted. Let us remember for a moment. The hands that fought for us, the holy bodies that suffered for us, the lives that fell for us, 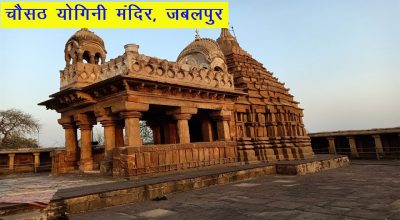 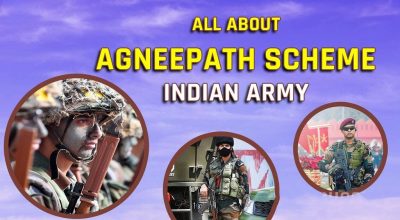